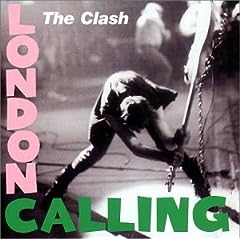 I was fourteen years old when The Clash released London Calling at the end of 1979. It came out just in time for Christmas and I must have been a good boy that year as Santa Claus left me a copy. To this day it?s still my favourite album for all kinds of reasons.

It effortlessly fused together a number of different styles of music without losing any of the venom we had come to expect from England?s finest rebel rousers. Rock, reggae ,ska, funk, rockabilly, jazz and soul were all unashamedly represented at a time when bands like The Clash were expected to follow the punk manifesto of three chord thrash. It represented a shift in time, particularly for me as a young person starting out as a musician, but also for the country as a whole. It was the year that Margaret Thatcher came in to power and the idea of leaving school without employment was a very real prospect for millions of kids my age, but the best careers advice I had was from London Calling?s ?Clampdown?.

?The voices in your head are calling
Stop wasting your time, there’s nothing coming
Only a fool would think someone could save you
The men at the factory are old and cunning
You don’t owe nothing, so boy get running
It’s the best years of your life they want to steal?

The punk years had left all kind of bands fighting over the principle of street credibility and for me the Clash were the blue print of a band that meant what they said. These weren?t some Kings Road pretenders with cheap leather jackets and cartoon Mohicans ? this was the band that sung ?Death or Glory?. Has there have been a better rhyming couplet than this?

‘n every gimmick hungry yob digging gold from rock ‘n roll,
Grabs the mike to tell us he’ll die before he’s sold,
But I believe in this and it’s been tested by research,
He, who fucks nuns, will later join the church.

As a double album I remember it was promoted as two albums for the price of one (£5.00) – very good value at the time! Like all classic albums it wasn?t just the music that made it stand out. I loved the cover photo of Paul Simonon smashing his Fender up framed by the colourful pink and green title of the album (lifted from Elvis debut album). The inner sleeve was wonderfully illustrated by Ray Lowry and featured lyrics, cartoons and some great live photos of the band from their U.S tour.
Despite the excitement of getting the album it wasn?t the first time I?d heard it. I?d already recorded most of the tracks from the regular previews of the album played by John Peel on his late night Radio 1 show, but to hear it in it?s full glory was a pivotal moment in my life.

For me, The Clash were (aside from maybe The Ruts) the only punk band who could really play reggae music. The ?Guns of Brixton? was just the coolest, dirtiest, rootsy, skantastic track this side of Kingston. I also liked the fact they?d let the bassist sing it.

The other big reggae track on the album is ?Revolution Rock?, where The Clash seem to be let off the reins. I remember walking in to a party at some rich kid?s house and hijacking the hi-fi. Off came the Bee-gees and on came ?Revolution Rock? at full blast. A sure fire floor filler!

There were a couple of tracks that never really did it for me, but the sheer quality of the other tracks more than made up for the messy and awkward ?Lovers Rock? or the slightly contrived ?Koka Kola?. The title track of the album was a stomping anthem of the times. ?Hateful? and ?I?m Not Down? were tighter than a gnat?s chuff, bulldozing massive slabs of positivity in to my consciousness. ?Spanish Bombs? still hasn?t thawed after all these years and remains one of the Clash?s most poetic tracks, beautifully backed by some wonderful acoustic guitar.

One of the most under rated tracks on this album is ?The Card Cheat?. At the time of the album?s release I liked it, but much preferred the heavier guitar driven tracks such as ?Brand New Cadillac?, ?Clampdown? or ?Four Horsemen?, but it is a track that has bettered with age. It?s a fine example of the depth of emotion in Mick Jones? vocals and a great lesson in using a song to tell a story or provoke an image.

But the dealer just stares
There’s something wrong here, he thinks
The gambler is seized and forced to his knees
And shot dead

London Calling was one of the first albums I owned with a hidden track. Most bands would kill to write a song as good as ?Train Vain?, never mind sticking at the end of an album without telling anyone! Overall I think that as well as having a lot of great tracks and being fairly timeless, London Calling is my favourite albums because it introduced me to a lot of styles that helped me to improve as a musician. It was a benchmark album that broke all the rules and is still difficult to categorize and that?s what all good bands should strive to emulate. 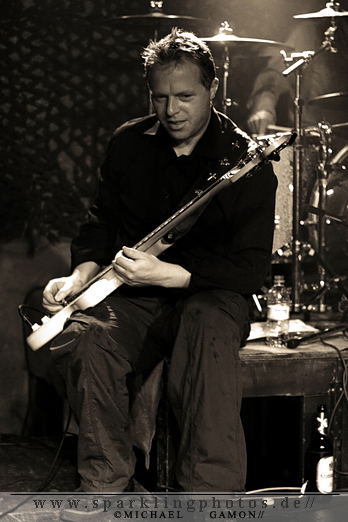