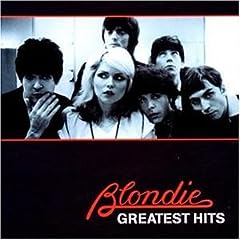 My parents owned an old copy of the ‘Best of Blondie’ video and I would watch it every day after I came home from school for a whole year or two.
Debby Harry was a special frontwoman and I compare every other female performer to her. Because of her ‘cool’ I could never get into Madonna or Kylie like all my friends did. Shirley Manson has come close though!

When I grew up I forgot about Blondie as I was heavily into classical music for a while. Then when I was in my mid-teens I fell in love with a bass player in an indie band, I thought the only way I could impress him was to start my own band. I began to write rock-pop songs instead of classical pieces and I was amazed how much of that New York post-punk/pop sound was engrained in my conciousness through my exposure to the Best of Blondie album and video.

When I first took the stage at my first few gigs I was so concious not to do Debby Harry moves on stage – I knew them so well. So I found my own alter ego. She was so original and that’s what successful musicians’ strength is – orignality not imitation. Same with my other ‘idols’ – Kurt Cobain for example – so different to Blondie but equally powerful as a performer; Marilyn Manson is another favourite of mine – again very different.

What got me hooked on Blondie from the age of 8 wasn’t her looks but the music of the band. They had some great songs. My favourites always had a mixture of punk and disco. They had a cool drummer – who left his strong mark on most of the tracks, especially ‘Dreaming’ and ‘Call me’. I love the synths they used too.

There wouldn’t be Sohodolls without Blondie. Having a cool female lead singer opened the doors for me to try and front an alternative band. If there were only Madonnas and Kylies I wouldn’t have become interested in music in the first place! It shows how important it is to have a variety of role models to choose from. 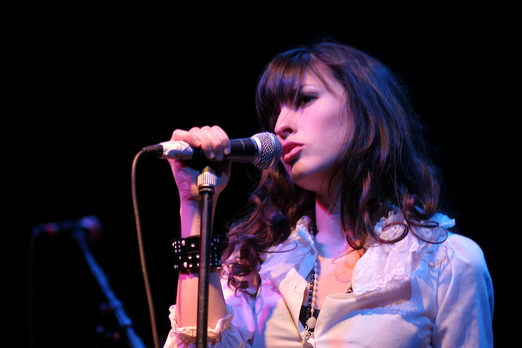